Dr Jin Ong is a world-leading cathartic release therapist who transforms lives through powerful online emotional release coaching and exclusive one-on-one retreats. With an extraordinary understanding of the mind-body connection, Jin helps others to live a content and authentic life of purpose. 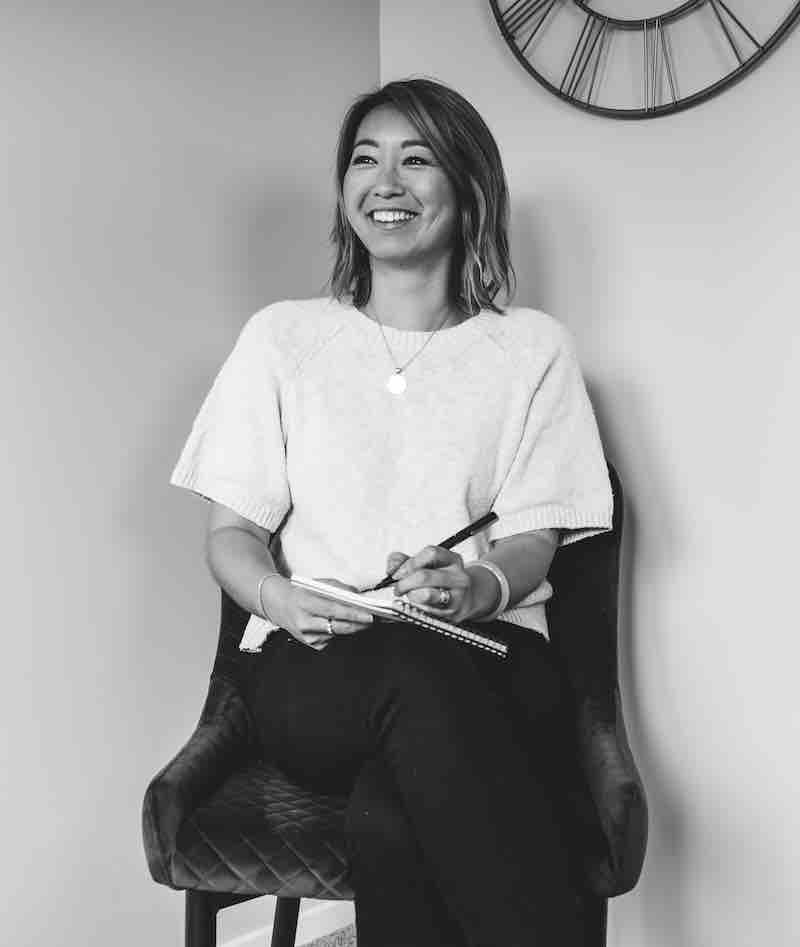 A reformed procrastinator and perfectionist, mum to one lotus birth baby, indoor plant addict, clinic owner, therapist, dabbler in all sorts of projects, and a desires-driven manifestor.

Having treated thousands of clients in her MetaMed clinics, she soon became fed-up treating with her clinical skills alone. She wasn’t seeing the results she’d hoped for.

Deep down, she knew her client’s pain was a manifestation of their emotional state.

They were dealing with hidden trauma and stress they’d never spoken about, which impacted the ability of their physical and emotional body to heal.

Their body was speaking to them, but they weren’t listening. They had an emotional disconnect.

Based on a patient’s pain, injury or behavioural dysfunction, Jin tapped into her intuition and started interpreting the deeper emotional issues at play. Not only could she bring awareness to the issues her clients were previously unaware of, she started facilitating her clients through a process to help them release these stored emotions to truly liberate them of their pain physically and mentally.

After a pandemic hit and her clinics had to shut down, fear drove her to do what she was really passionate about.

To train other therapists in her methods and processes as well as work with people all around the world at a deeper level to create profound shifts in their life and realign them with their soul purpose.

She loves to dig deep, speak about the unspoken, and help people process unresolved emotions that hold them back from living the life they truly want.

Jin’s own pain story is the reason she has committed to a life of spreading awareness of the mind-body connection.

As a teenager, Jin’s skin was her weak spot. Severe acne affected not only her face but large parts of her body, causing feelings of anger, shame and frustration. Like many teenagers faced with the fear of looking different, Jin turned to skin creams for help, followed by the pill, antibiotics and eventually Accutane. These strong medications left Jin dealing with other health issues as side effects.

Over the years, Jin’s skin condition would come and go. With a keen interest in human health, she came by osteopathy by chance. She continued to take medication to treat her skin, suppressing both the physical and emotional issues going on. Jin continued to deepen her knowledge as an osteopath and trained in western medical acupuncture, but was only beginning to consider the emotional factors at play for her own condition or that of her clients.

Many of Jin’s clients were struggling with chronic conditions that she couldn’t shift, much like her own skin condition. Determined to learn what else could be done, Jin began her journey to understand the mind-body connection. She saw this as the key to understanding the emotional factors involved in her patient’s slow progress in healing.

It wasn’t until Jin moved to the hot and humid climate of Brisbane for work that the skin conditions hit with a vengeance. It was worse than she had ever experienced. It was only after the second flare she decided to take a different approach to healing.

But things had already begun to worsen. She developed an ulcer on her eye, suffered from fevers and woke each morning with joints so stiff she could barely walk down the stairs. She felt that she was close to triggering an autoimmune condition. She frequently broke out in hives in the strangest parts of her body. In an attempt to deal with it all, Jin embarked on restrictive diets, took painkillers to get through the day and was spending thousands on skin products and treatments. She tried all the alternative therapies including naturopathy, acupuncture, drinking herbs made up of what looked like cockroaches, twigs and and tarseal, mind therapy etc… they all worked whilst she did them. As soon as she stopped everything surfaced again. It wasn’t until much later, she realised that all of this was simply a distraction from the bigger issues.

It was a meeting with a psychosomatic therapist that would eventually help Jin turn the corner. With his help, Jin was able to understand the underlying emotional issues triggering her physical complaints. She took a closer look at her physical surroundings, including where she worked and where she lived. She learned to acknowledge that the outbursts her body was making were letting her know something in her life was out of balance. For the first time she could look at her body with amusement for what it was telling her, rather than hate and frustration.

Now, Jin practices as a cathartic release therapist and leaves the osteo work to her talented team at the MetaMed clinic. Through her one-on-one coaching and in-person retreats, Jin is fulfilled treating clients in a way that is aligned to her own way of thinking.

Every now and then, Jin may experience a relapse with her skin. She knows now that means her body has important lessons to tell her. The difference now is that Jin will stop and listen. This is improvement and release for anyone with a burning desire to move forward. A place where modern therapies and ancient wisdom come together for real-life results. Jin utilises a powerful blend of Eastern and Western philosophies alongside results-based conventional and alternative practices. From osteopathy, western acupuncture, bodywork and psychosomatic and verbal processing therapies, Jin will help you achieve big shifts to unlock the presence of your true self.
This type of deeply transformative emotional therapy is not for the faint of heart. Committing to working with Jin requires an understanding that you will escape your comfort zone and push your personal boundaries. Expect to experience physical symptoms as you delve deep into your past to uncover and release what’s unconsciously holding you back from expressing who you are in life, your relationships, career or business.

Know you’re stuck with physical pain
that has an emotional link?

Let Jin help you put all the pieces together and
help you navigate a clearer path.

Get unstuck, process and release those emotions.

Explore the truth of your physical illness, pain or emotional discomfort with Jin’s transformative one-on-one retreat experience. A holistic, hands-on and deeply intense offering from a world-leading cathartic therapist. Get back on your path to purpose.

Training for health & wellness practitioners to become truly holistic in your approach. Learn how to read the deeper emotions behind physical pain, injury and recurrent illness or disease as well as facilitating an emotional release with Emotional Body Training.

Jin’s world-renowned online coaching platform,
The Art of Listening to Your Body,
has empowered hundreds of clients from around the world to shift the emotions holding them back.

Discover how much the mind
influences what the body feels.

Join me for a 12-month inner circle transformation experience.
*For practitioners, therapists & coaches wanting to take their work to the next level.

What Other People Are Saying

Start to see the space between.

I released a whole lot of physical clutter that has been weighing me down for years. So much so I even put my house on the market. I have been wanting to release the house for a while but I also love it so it has previously been hard to let go of. But I am ready to move forward now. I trust I have the tools and ability to do the work in my own time going forward.​

Vicki
I became more confident, able to speak up more often how I feel about certain things and learnt how much our beliefs control us, stopping us to become to our true self.

Leonie
Processing pent up emotional experiences that I had pushed away and ignored for many years. ​

Jo
It was to realise how much the pain of grief was affecting me and my relationships. Also, noticing people showing up for me when I did the release work regarding them, without even mentioning anything to them or even having conversations, our interactions changed.

Anouva
My jaw pain has disappeared! Even around PMS when it used to come on the strongest and I was convinced it was a hormone imbalance. I’ve now been pain free for about 2 months. I was closed off to having a second child for the past six years, but after this work I was ready!

Anon
The anger! I never realised how angry I was until I did my first process regarding issues with my partner. Then it all came out! WOW​​

Phillipa
Learning to trust myself more. Leaning into my strengths, while gently forgiving myself for past mistakes when I was in survival mode.

Ready To Work With Jin?

Jin runs a limited number of in person retreats and one-on-one online coaching opportunities each year.
If you are ready to embark on a powerful journey and prepared to do the work to bring about healing, we welcome you to apply for a place with Jin.
Please check your email once you have submitted your details to get your application form.